Missions - What Does the Bible Say?

Am I Called to Foreign Missions?

Adoniram, missionary to Burma, said, “You are contemplating a missionary life. Let it be a missionary life; that is, come out for life, and not for a limited term. ” He gave some excellent, “Counsel For Those Contemplating A Missionary Life” and here as well “Is The Lord Calling Me to Foreign Missions?” We also have a video of pastor Tim Conway sharing on: I am a Young Person Who is Wanting to be a Missionary

Should the Church Take the Great Commission Seriously?

In Missions Do You Face Demonic Powers?

The task of taking the Gospel to the lost is to be taken not only occasionally, but intentionally, and as you take it forth you will encounter opposition. Video: The Gospel in Collision with Other Powers

What About the Missionaries Who Change Their Message and Make It More Modern?

Should we be going away from what the Scriptures say and trying new methods that seem to work more? Is there some cultural key that we need to figure out in order to see people’s hearts open like the heart of Lydia in Acts 16? The answer, in short, is: no! Watch this video in which a former missionary to India shares a valuable insight: Is There a Cultural Key in Evangelism?

How Important is Prayer in Missions?

Stephan Gaukroger said, “Much of the history of missions could be written in terms of God moving in response to persistent prayer.”  A church cannot begin to do missions if they are not a praying people. Prayer is vital and as we can see through the history of those on the field need someone back home holding the rope for them as they labor in darkness. Paul Washer speaks about this here: Missions and Prayer 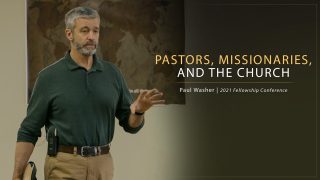 Pastors, Missionaries, and the Church

Pastors, Missionaries, and the Church

What other higher calling can there be than to oversee Christ's Church and be a steward to care for His Bride until He returns? And who more suitable to take on this task than men who are called of God and qualified according to His Word? 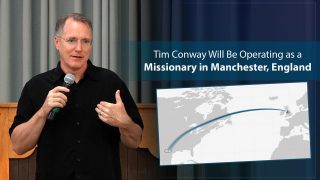 Tim Conway Will Be Operating as a Missionary

Tim Conway Will Be Operating as a Missionary

Rather than being a pastor in the local church in San Antonio, he will operate as a missionary, starting in Manchester, England. From there, Tim desires to help plant a church in Ireland, if the Lord wills it. 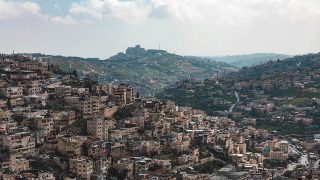 Five Ways You Can Help Your Missionaries

Five Ways You Can Help Your Missionaries

A missionary who is currently seriving in the 10/40 window gives five ways that you and your church can help your missionaries. 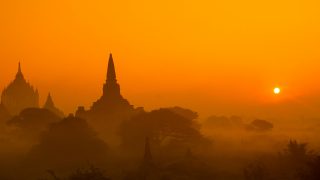 Counsel For Those Contemplating A Missionary Life

Counsel For Those Contemplating A Missionary Life 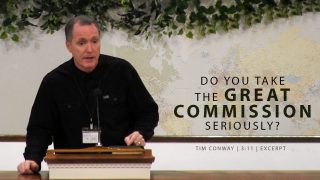 Do You Take the Great Commission Seriously?

Do You Take the Great Commission Seriously?

Christ has given the Great Commission to us until the end of the age. No other institution in the world is going to proclaim salvation except the Church. 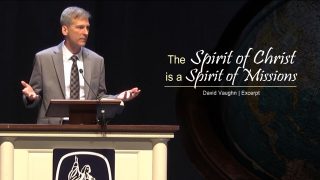 The Spirit of Christ is a Spirit of missions. May He breathe upon us in a fresh way to carry out this impossible task of reaching all the nations for Christ. 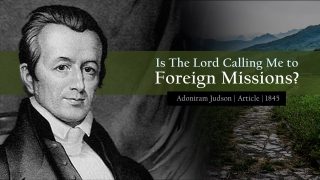 Is The Lord Calling Me to Foreign Missions?

Is The Lord Calling Me to Foreign Missions?

If you can have this unwavering conviction, my dear brethren, that God requires you to go as missionaries to the heathen, go. But do not go without it. 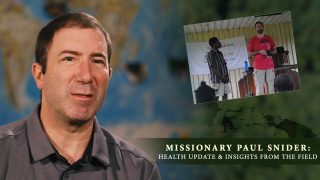 Paul Snider, a missionary to the Korowai people of Papua, shares some valuable insight from years spent on the mission field. 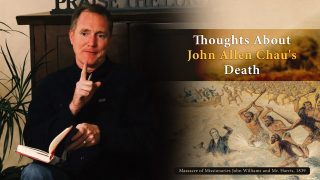 What are Christians to make of the recent controversy regarding the death of John Allen Chau? Should we look down on him as one guilty of foolish presumption... 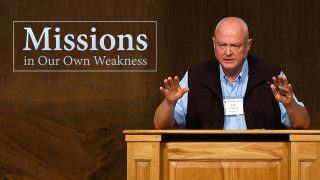 Missions in Our Own Weakness

Missions in Our Own Weakness

One of the greatest blessings that God can give us is in teaching us that we're not in control. It's His kingdom, and it's His glory.

Is There a Cultural Key in Evangelism?

Is There a Cultural Key in Evangelism?

Often people will ask if there is a cultural key in evangelism to win souls to Christ in other countries. 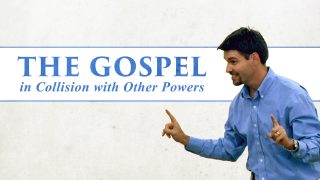 The Gospel in Collision with Other Powers

The Gospel in Collision with Other Powers

The task of taking the Gospel to the lost is to be taken not only occasionally, but intentionally. 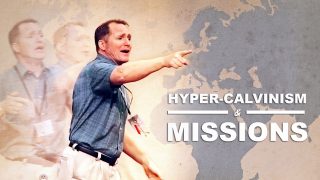 We must never forget that God uses us as the means by which to reach the man down our street who has not heard the Gospel.

Faith believes on the saving work of Christ as my only hope. If your confidence is... 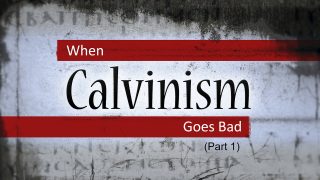 We must flee from any form of hyper-Calvinism that will be sure to squelch our zeal for missions. 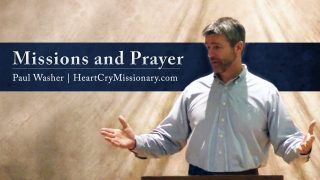 We cannot begin to do missions if we are not a praying people. 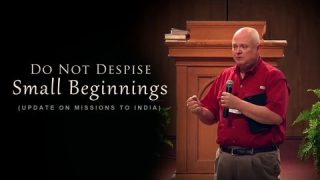 Do Not Despise Small Beginnings (Missions to India)

Do Not Despise Small Beginnings (Missions to India)

Brother John recently gave an update about the missions team in India. Even though he was recently not allowed to go back into the country, he talks about how God is good and in control. 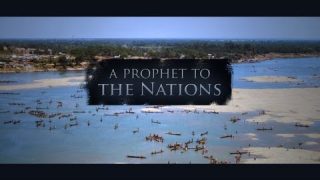 A Prophet to the Nations

A Prophet to the Nations

Now the word of the LORD came to me, saying, "Before I formed you in the womb I knew you, and before you were born I consecrated you; I appointed you a prophet to the nations." Then I said, "Ah, Lord GOD! Behold, I do not know how to speak, for I am only a youth." But the LORD said to me, "Do not say, 'I am only a youth'; for to all to whom I send you, you shall go, and whatever I command you, you shall speak. - Jer 1:4-7 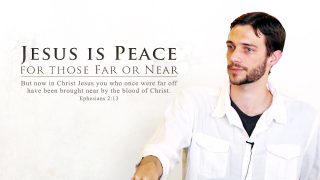 Jesus is Peace for those Far or Near

Jesus is Peace for those Far or Near

But now in Christ Jesus you who once were far off have been brought near by the blood of Christ. - Ephesians 2:13

The Logical Outcome of the Christian Faith

The Logical Outcome of the Christian Faith

Trevor Johnson talks about how the call to radical missions sacrifice is the logical outcome of having faith in Christ. 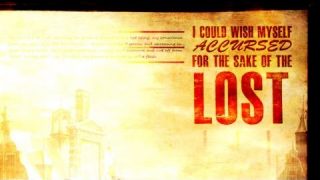 I Could Wish Myself Accursed for the Sake of the Lost

I Could Wish Myself Accursed for the Sake of the Lost

Romans 9:1-3 I am speaking the truth in Christ--I am not lying; my conscience bears me witness in the Holy Spirit-- that I have great sorrow and unceasing anguish in my heart. For I could wish that I myself were accursed and cut off from Christ for the sake of my brothers, my kinsmen according to the flesh.

There are many people going to church, but many people not going to heaven. They have enough religion to play the game. 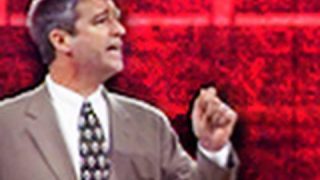 Taking the Message to the World

Taking the Message to the World 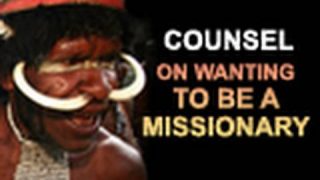 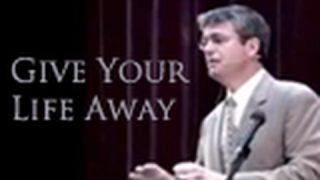 Give Your Life Away

Give Your Life Away

Paul Washer shows us that the great need of every christian is to see more of Chris,t giving your life away comes from knowing what God has done for you through Christ Jesus. 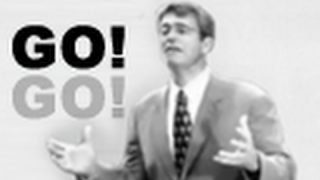 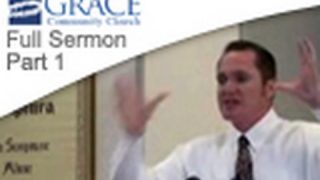 From Weeping to Whipping Part 1

From Weeping to Whipping Part 1

Now, I have entitled my sermon "From Weeping to Whipping" subtitled, "The Necessity of Passion in Missions." It's apparent to me, as it probably is to you... 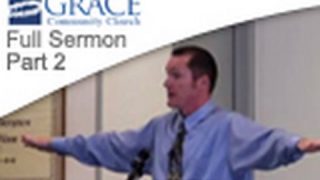 From Weeping to Whipping Part 2

From Weeping to Whipping Part 2

1 Peter 5:1 So I exhort the elders among you, as a fellow elder and a witness of the sufferings of Christ, as well as a partaker in the glory that is going to be revealed: 2 shepherd the flock of God that is among you, exercising oversight, not under compulsion, but willingly, as God would have you; not for shameful gain, but eagerly; 3 not domineering over those in your charge, but being examples to the flock. 4 And when the chief Shepherd appears, you will receive the unfading crown of glory.

One of the things that I find so hard about the ministry is that you have to fill so many different roles and adapt to so many different situations. One minute you are at a funeral with the loved ones of the deceased, then you are in an elders’ meeting debating a vision for the future, then you are at a prayer meeting, then a pre-engagement session, then a new member’s interview where the person thinks the church is awesome, then a meeting with a member who is thinking about leaving, then sharing the gospel with a homeless man, then heading off to meet an atheist for lunch; and in all of those situations you need appropriate words. You need to know if you ought to share a word of encouragement, an intellectual worldview challenge, simple kindness and courtesy, laughter, tears, or all of the foregoing! In all of ministry you are looking for words.

Some elders never appreciate the compliment given them when a saint disagrees with the pastor’s exposition of a text. At least the Christian under his care is devoted more to Scripture than to the man in the pulpit. Under his ministry the child of God has reached a maturity to think through issues for himself and has imbibed a Berean spirit (Acts 17:11). 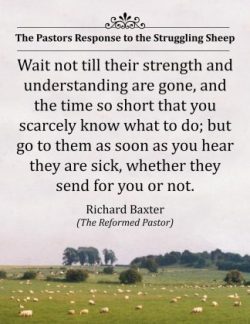