Unpardonable Sin - What Does the Bible Say?

Are you being assailed with blasphemous thoughts? Someone had this problem and got counsel from Martyn Lloyd-Jones. In page 409 of the second volume of his biography, it is recorded. The person said:

I was converted young. All seemed to go well until my twenties, when I was assailed with blasphemous thoughts, which plagued me day and night for some years. Several ministers advised me to ‘trust the Lord’ or ‘pray about it – but the more I did so, the worse it became! I seriously contemplated suicide. It was at this juncture that I asked the Doctor for help. He did not help me until he was satisfied that I was a Christian. He then diagnosed my problem immediately! He advised me (rather surprisingly) not only never to think about the problem again but never to pray about it either. I was not really ‘praying’, simply reminding myself of my problem.

The next week things became infinitely worse! I returned in distress to the Doctor, who said he had expected it! It was proof that Satan was behind it all, seeking to take control of my thought life. He added a warning not to let Satan do so with any other problem whatsoever. I thank God that the Doctor gave me that advice – the best pastoral advice I ever had. Satan was crushed under my feet – and remains so after all these years. I still wonder at the Doctor’s extraordinary insight – unquestionably God-given. The advice others had given had led me into the grossest bondage.

People are often plagued with the thought they’ve truly committed the unpardonable sin. What kind of counsel do these people need? 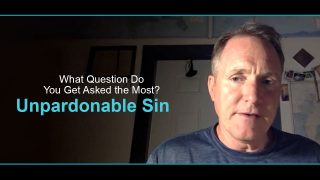 Tim Conway was asked about what question he gets tired the most of hearing as a pastor. His answer was that he has constantly had questions from people who are tormented by the belief that they have committed the unpardonable sin. 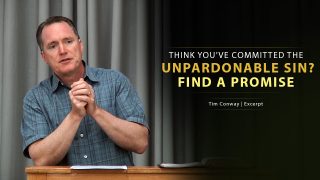 Are you despairing because you believe you've committed the unpardonable sin? You don't so much need the words and counsel of people; you need a promise from God's Word... 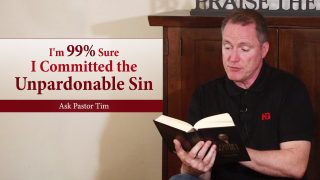 People are often plagued with the thought they've truly committed the unpardonable sin. What kind of counsel do these people need? 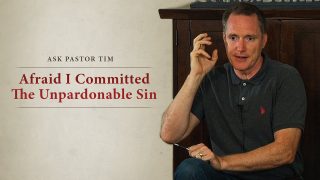 Do you fear that you have committed the unpardonable sin? You may have, but nevertheless run to Christ. You say, "Isn't that a contradiction?" 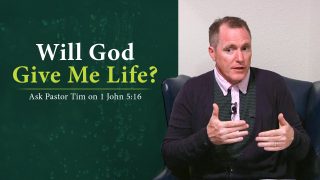 True life is to know the Lord intimately, but sin interrupts this. One of the greatest griefs behind sin is how it affects the Christian's fellowship with the Lord Jesus Christ. 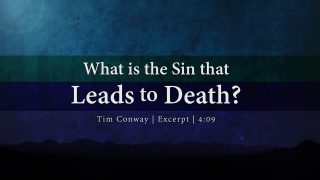 First John 5:16 says that "there is sin that leads to death" and in the context of this letter he is dealing with those false prophets that are false to the true Christ. 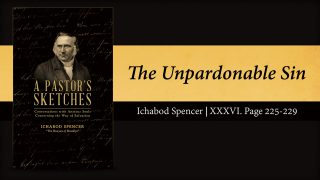 It is not the unpardonable sin which hinders your being a Christian; but your wickedness of heart, your pride, vanity, and insincerity. 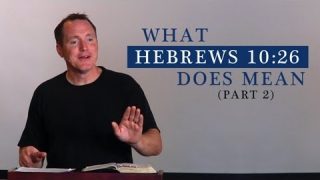 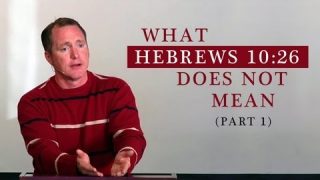 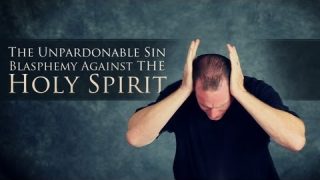 How do I know that I have not sinned to a point where I cannot be forgiven? What if I have committed to the unpardonable sin? 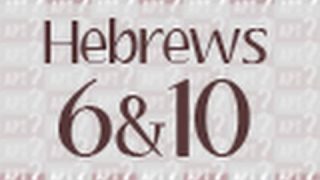 Should we be afraid of verses like this? For it is impossible, in the case of those who have once been enlightened, who have tasted the heavenly gift, and have shared in the Holy Spirit, 5andhave tasted the goodness of the word of God and the powers of the age to come, 6and then have fallen away, to restore them again to repentance, since they are crucifying once again the Son of God to their own harm and holding him up to contempt. - Hebrews 6:4-6