The Wrath of God - What Does the Bible Say? 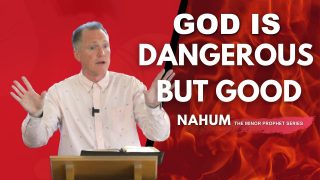 God Is Dangerous But Good

God Is Dangerous But Good

Tim Conway 8 months ago | Topic: The Love of God, The Wrath of God

What do you find when you go to the book of Nahum? You find that it reveals God is dangerous and that God is good. 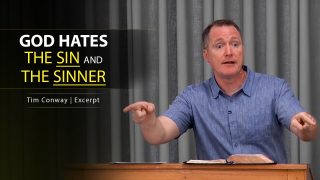 Tim Conway 4 years ago | Topic: The Wrath of God

It's a very unpopular thought to consider that God hates sinners. But this is how a holy God feels about those who live in rebellion against Him. 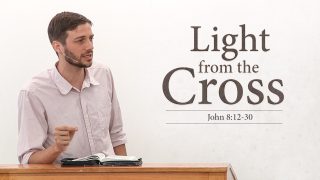 John Dees 7 years ago | Topic: The Gospel, The Wrath of God

What happened on the cross? We see four amazing things: the darkness in the sky, his two cries from the cross, and the tearing of the veil. This is holy powerful truth for our souls. 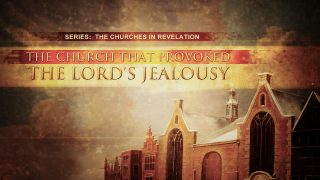 Tim Conway 10 years ago | Topic: The Wrath of God

Revelation 2:4 - But I have this against you, that you have abandoned the love you had at first. 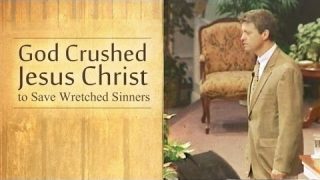 Paul Washer 11 years ago | Topic: The Gospel, The Wrath of God

The Son of God was forsaken by His Father and then crushed under His own Father’s punishment. 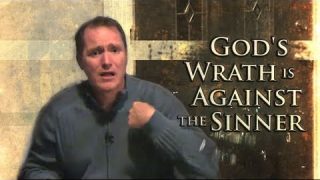 Tim Conway 11 years ago | Topic: The Wrath of God

Ezekiel 22:19 Therefore thus says the Lord GOD: Because you have all become dross, therefore, behold, I will gather you into the midst of Jerusalem. 20 As one gathers silver and bronze and iron and lead and tin into a furnace, to blow the fire on it in order to melt it, so I will gather you in my anger and in my wrath, and I will put you in and melt you. 21 I will gather you and blow on you with the fire of my wrath, and you shall be melted in the midst of it. 22 As silver is melted in a furnace, so you shall be melted in the midst of it, and you shall know that I am the LORD; I have poured out my wrath upon you." Psalm 5:5 - The boastful shall not stand before your eyes; you hate all evildoers. John 3:36 - Whoever believes in the Son has eternal life; whoever does not obey the Son shall not see life, but the wrath of God remains on him. 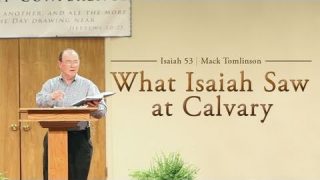 Mack Tomlinson 11 years ago | Topic: The Gospel, The Wrath of God

Isaiah 53:1 Who has believed what he has heard from us? And to whom has the arm of the LORD been revealed? 2 For he grew up before him like a young plant, and like a root out of dry ground; he had no form or majesty that we should look at him, and no beauty that we should desire him. 3 He was despised and rejected by men; a man of sorrows, and acquainted with grief; and as one from whom men hide their faces he was despised, and we esteemed him not. :4 Surely he has borne our griefs and carried our sorrows; yet we esteemed him stricken, smitten by God, and afflicted. 5 But he was wounded for our transgressions; he was crushed for our iniquities; upon him was the chastisement that brought us peace, and with his stripes we are healed. 6 All we like sheep have gone astray; we have turned--every one--to his own way; and the LORD has laid on him the iniquity of us all. 7 He was oppressed, and he was afflicted, yet he opened not his mouth; like a lamb that is led to the slaughter, and like a sheep that before its shearers is silent, so he opened not his mouth. 8 By oppression and judgment he was taken away; and as for his generation, who considered that he was cut off out of the land of the living, stricken for the transgression of my people? 9 And they made his grave with the wicked and with a rich man in his death, although he had done no violence, and there was no deceit in his mouth. 10 Yet it was the will of the LORD to crush him; he has put him to grief; when his soul makes an offering for guilt, he shall see his offspring; he shall prolong his days; the will of the LORD shall prosper in his hand. :11 Out of the anguish of his soul he shall see and be satisfied; by his knowledge shall the righteous one, my servant, make many to be accounted righteous, and he shall bear their iniquities. 12 Therefore I will divide him a portion with the many, and he shall divide the spoil with the strong, because he poured out his soul to death and was numbered with the transgressors; yet he bore the sin of many, and makes intercession for the transgressors. 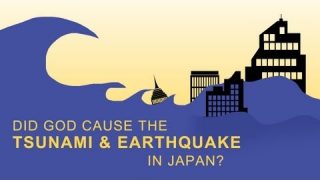 Tim Conway 11 years ago | Topic: The Wrath of God, The Sovereignty of God

Many people are asking the question: Did God cause the tsunami and the earthquake in Japan? Isaiah 45:7 - I form light and create darkness, I make well-being and create calamity, I am the LORD, who does all these things. Deuteronomy 32:39 - "'See now that I, even I, am he, and there is no god beside me; I kill and I make alive; I wound and I heal; and there is none that can deliver out of my hand. " Revelation 16:7 And I heard the altar saying, "Yes, Lord God the Almighty, true and just are your judgments!" 8 The fourth angel poured out his bowl on the sun, and it was allowed to scorch people with fire. 9 They were scorched by the fierce heat, and they cursed the name of God who had power over these plagues. They did not repent and give him glory. Daniel 4:35 - all the inhabitants of the earth are accounted as nothing, and he does according to his will among the host of heaven and among the inhabitants of the earth; and none can stay his hand or say to him, "What have you done?" Romans 9:20 - But who are you, O man, to answer back to God? Will what is molded say to its molder, "Why have you made me like this?" Revelation 1:8 - "I am the Alpha and the Omega," says the Lord God, "who is and who was and who is to come, the Almighty." 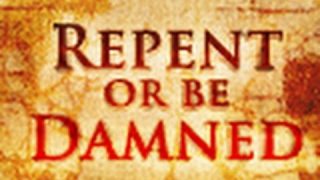 Tim Conway 11 years ago | Topic: Repentance, The Wrath of God 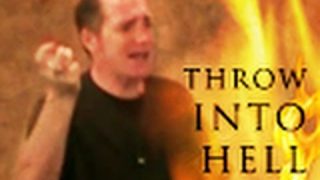 Tim Conway 12 years ago | Topic: The Wrath of God, Hell

We are all being pulled along in the gospel net and are on our way to the judgment. Will God throw you into hell on that final day? Is your hope in Christ or are you just merely religious and lost? 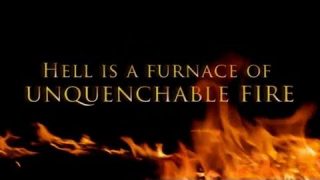 Don Currin 12 years ago | Topic: The Wrath of God

Flee to Christ, flee from the Wrath of God to Jesus Christ who is the City of Refuge, the only place of refuge is truly in Christ alone. 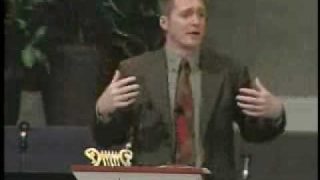 Tim Conway 12 years ago | Topic: The Wrath of God, Hell

Four points: 1. The Security of the World (The lost don't think they are going to hell) 2. The Severity of Hell (How it is described) 3. The Suitability of Hell (The lost deserve to go there) 4. The Sanctity (Holiness) of Hell (Not that hell sanctifies, but hell reveals God's absolute holiness) Tim Conway is pastor of Grace Community Church in San Antonio, TX: www.gccsatx.com 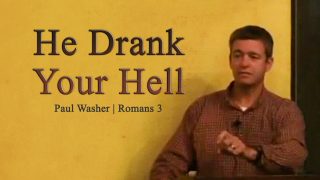 Paul Washer 13 years ago | Topic: The Gospel, The Wrath of God

On the Cross Jesus Christ drank your hell for you so that the just penalty for your sins would be satisfied in the substitutionary death of Jesus Christ. 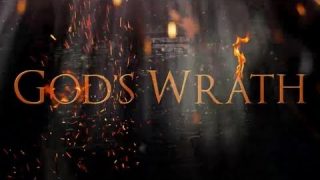 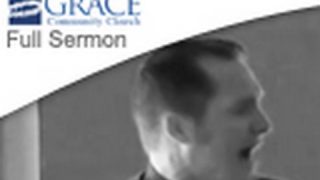 Tim Conway 13 years ago | Topic: The Wrath of God

I suddenly began to feel this fear rise up in me. Men are not safe. When we start talking about "saved,"...