The Folly of Human Preference

We find in Scripture several instances recorded of the Lord granting the desires of men, even though such desires are contrary to His own will. It would seem, indeed, to be a principle of God’s moral government, that He does not go beyond a certain point in withstanding the self-will of His creatures, at all events during the probationary period of His dealings with them. The circumstances connected with the appointment of Saul, the son of Kish, as the first King of Israel are a notable illustration of this truth. Whether it was the Divine purpose ultimately to introduce the monarchical form of government into Israel or not, it is clear that the desire of the people for such a change was not only ill-timed, but that they were actuated by wrong motives in entertaining it. The theocratic order, under which the Lord Himself prepared and brought forward a man to be His instrument in the government of His people, was the original Divine choice, and their insistence on another order being substituted for it, amounted, as we learn from the sacred record, to a virtual rejection of the Lord Himself as the head and ruler of the nation. Nevertheless, their request was granted in the words quoted above, and we find that not long afterwards Saul is brought forward and is generally accepted as king. The succeeding chapters of the first book of Samuel recount the sad train of disastrous consequences to Israel, resulting from their own impatience and self-will. We may be certain that had they manifested a right spirit, and in an attitude of humility, patience and self-judgment, waited upon the Lord to make clear His own arrangement for meeting the needs of the nation, events would have taken a very different course. The Book of Judges reiterates again and again the gracious truth, that in times of national need and disaster, even though brought about by the sin and backsliding of the people, if only they turned with their whole heart to the Lord, He was prepared to undertake their cause, and to give them someone chosen and equipped by Himself for their deliverance.

As we follow the history of King Saul, we are impressed by the fact that, though he seems to have failed at a comparatively early period of his reign, the Divine intervention for his removal was slow in operating. It is true that in purpose he was rejected from the kingdom, and that the man, who, in the Divine Providence, was to be his successor, was anointed for the kingly office; nevertheless, long years passed, during which we are told that the Spirit of God had been withdrawn from Saul, and he had been given up to the influence of an evil spirit, thus becoming an incubus and a blight upon the prosperity of his country. The experience of the people of Israel during this lengthened period furnishes an instructive instance of truth that, when men through impatience and self-will insist upon something, which is not God’s purpose for them, they will most surely have to eat the fruit of their own doings, and the train of events thus set in motion will have to run its course, sad and fruitful in mischief though it may prove to be. These things are written for our admonition, upon whom the ends of the world are come, and it specifically behooves those called to take an active share in the Lord’s service, to take heed to themselves, lest through carelessness of walk, or neglect of the means of grace, they should gradually get out of touch with God, and lose the capacity to perceive His will. Trifling with conscience and lack of full obedience to the Holy Spirit in the personal life of a Christian expose him to the grave danger, either of exhibiting self-will, or at least taking a mistaken course of action in times of testing and perplexity.

The case of the patriarch Abraham in connection with the birth of Ishmael shows us how even the man of eminent faith and obedience may err and commit a mistake fruitful in mischief during succeeding years. It will be remembered how when he perceived that his action was going to result in discord, Abraham sent away Hagar, in the hope of thus averting trouble, which was evidently impending over his family. But it was not to be: God Himself sent Hagar back. Nor is it difficult to see that, for years afterwards, there were elements of strife and unhappiness in the domestic life of Abraham, the outcome of his failure, in a time of testing, to exercise simple faith and patience as fully as he should have done. 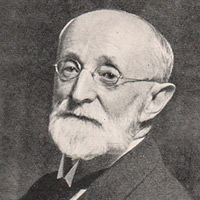