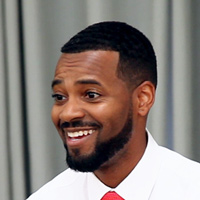 Bound in the prison of false religion, while making false attempts to please a false god; I was lost and doomed. God’s will was to save me, and by His grace I am saved! The process began when me and several of my siblings, along with our very ill father, were uprooted and brought to San Antonio to live with my mother. While here I was forced to attend a “church” where Christ was merely a guest and the Gospel was absent. Upon the death of my father I sought comfort in this “churchianity”; all of this however, was God’s grace to me, bringing me to Himself. Although I was still enjoying and practicing my sin, I thought myself saved from God’s wrath, and washed by the blood of His Son. Oh the grace of God to me that my life was spared all of those years, for I was no more saved than the devil himself! Much later when I was 20 years old, I attended a conference in Chicago to assist one of the speakers with her table and merchandise. By this time God had already began showing me about the falsehood in which I lived, along with His blinding holiness and beautiful grace. As God would have it, the musical guest at the conference was a Christian rap group (something I was not too fond of at the time). During a break between songs, one of the rappers (the Ambassador) preached the glorious Gospel of Jesus Christ to the audience. For the first time in my life, my sin was made wicked and ugly before me and the penalty was presented as terrible and certain. I then listened with a heavy heart as he spoke of Christ, and Jesus became more than a name to me that day, He was the all mighty and wonderful God Man who was my only hope of salvation and joy. As time passed, Jesus Christ became more and more precious to me and my sin was beginning to fall off like never before. This was the start of my journey away from the “City of Destruction” and onward to the “Celestial City”. My life is Christ, and I honor Him by loving my wife Michelle, and training our children(Adonijah, Isaiah, Grace, Judah, Faith, and Azariah), serving in the local assembly (Grace Community Church) and pouring out my life to a lost and dead world.

END_OF_DOCUMENT_TOKEN_TO_BE_REPLACED 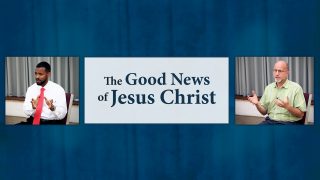 The Good News of Jesus Christ to Temple, Texas

The Good News of Jesus Christ to Temple, Texas

How can a condemned sinner be brought into a right relationship with God? There is only one way, and it is through the life and death of Jesus Christ. This is the good news that sinful...