No doubt most have heard by now that on Monday night brother Paul Washer suffered a heart attack and was in critical condition. It was very sobering news to hear.  I heard the news via a text message from a friend. At the time I was in my backyard assembling a play set for my children. At that moment what I was engaged in felt so mundane in view of the reality of the nearness of death. I then looked down at the grass and thought as 1 Peter 1:24 says, “All flesh is like grass.”  Paul’s flesh, and all of our flesh, it is like grass and can so quickly be scorched, whither up and be wasted away.

Some may remember what Paul had shared about his father in a testimony he had given:

My father and I began to have a really…a better relationship…. And one day we were working on the ranch. I just turned 17 and we were running barb wire… And we were talking as we were walking along, we were even laughing, we were having a good time, and all of a sudden he screamed. And when he screamed I caught him and we both fell to the ground and when I rolled him over he was dead. He had died of a massive heart attack.

Here his own father had died of a heart attack.  Yet we can praise the Lord that Paul is currently in “stable condition”.  We can pray for him with anticipation that he has not yet fully “served the purpose of God in his own generation” (Acts 13:36) and will yet have more time to labor for the Lord Jesus.

**Paul Washer suffered a heart attack last night. He is in stable condition. We will post updates here and on the HeartCry Facebook page.

Paul is continuing to improve. We’re encouraged to see the progress, though slow. Continue praying!

**We are not raising funds for Paul through any medium.**

**A typical first day at the hospital: lots of waiting – not much news. However, Paul is resting well this afternoon. Thank you for praying!

**Very happy to report Paul is much improved today! Still hurting and weary from the ordeal, but much improved. Prayers availing!

**Notable quote from Paul: “If it makes you feel any better, I didn’t go to the third heaven.”
“There won’t be any books.” 😉

One of Paul’s pastors wrote:

Paul’s health continues to improve this morning.
For those of you interested, yes he is witnessing to everyone, even the hospital chaplains.

**Lots of good news re: tests, scans, and x-rays from yesterday. Everything looks good! He's looking forward to being home in a few days. 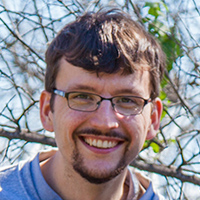