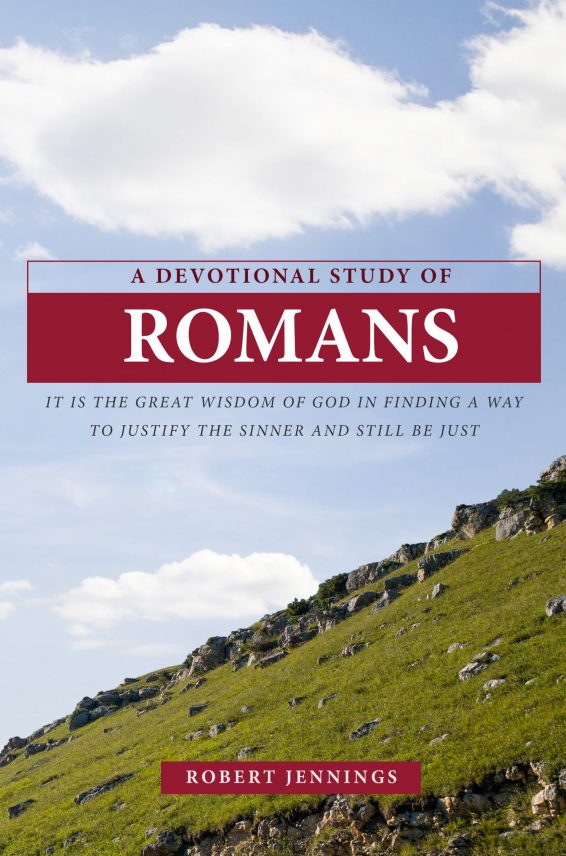 A Devotional Study of Romans (Book)

Bob Jennings wrote this commentary in the 1990s as he preached through Romans to the congregation that met at Highway M Chapel in Sedalia, Missouri. It was his usual practice to preach from sermon notes that were bullet pointed outlines. However, there was an exception as he went through Romans, he would type it out after he had preached on it. His desire was for this to be a book for his five children. After his death from cancer in 2012, we compiled what he wrote and have now put it in book form.

Who should read this book? This is a book to give to a new believer that could help them clearly understand the greatest letter Paul ever wrote. Though this book could be helpful to a preacher, it is by no means an in-depth commentary that brings in differing views and critiques them. Bob himself said, “Others have written better.” However Bob wrote in a simple way, with some simple illustrations, that should help one glory in the greatness of the Gospel of Christ that we have partaken in.

More about the author: Bob Jennings began pastoral ministry in Kirksville, Missouri in 1978 in the church that now meets at Lake Road Chapel. In 1983 he moved to Sedalia, Missouri to pastor a small flock that God had raised up in that city (now Faith Fellowship). The Lord blessed Bob and his wife Terri with five children. Bob is respected as a godly man by all who knew him. Bob fell asleep in the Lord in November of 2012 after a battle with pancreatic cancer.

Excerpt from the book:

“If a person obeyed all God required, then he could go to heaven and not hell. The only problem is that God made the law so holy and ironclad that nobody could keep it. Mt. Sinai is too steep and fiery for anyone to make it. And it won’t help to make it partway up. God demands perfection (James 2:10) and pronounces a curse on anything less (Gal. 3:10). If one link in the chain breaks, all is lost. If the vase is cracked, all is useless. And indeed, the holiest men are flawed: Noah, Moses, Elijah, David. If God would mark iniquities, who could stand? One man might jump a little further across the Mississippi River than another, but they both fall short. If one will get to heaven by merit, he must start without sin, continue without sin, and end without sin. There is only one who has, our Lord Jesus Christ, holy, harmless, and undefiled.”

Note: As you read the book please report any typos or errors by emailing us. The paperback copies are printed through Amazon’s print on-demand services and therefore changes can be edited and the next time someone orders the book the typo is no longer there. The book produces 0% royalties and the entire cost for printing a physical copy is Amazon’s fee of $10.84.