How would you feel if your Thought Life were to be shown on Nationwide TV?

What if someone told you that your every thought from the day you were born has been recorded and will be shown tonight on nationwide TV? And not only that, but a website will flash across the screen during the program, directing all of your friends and family to where they can watch all of your thoughts about them. How many people would be angry with you? Everyone? Would you be angry with yourself?

Your thought life reveals the real, unrestrained you. Like most people, you may think you’re good enough to get to heaven and that God won’t send you to hell, but God has seen every one of your wicked thoughts and actions. He has seen every time you’ve broken His commandments, lusting over someone you’re not married to, lying and stealing (no matter how little); He knows every time you’ve carved a false idol of God in your mind, a corrupt god of your own imagination who will turn a blind eye to your sin. He has heard every time you’ve used His Holy Name in vain, using the name of the One who gave you life in place of a curse word. You wouldn’t do that with Hitler’s name, but you do it with God’s name! The “Lord will not leave him unpunished who takes His name in vain” (Exodus 20:7), and “every careless word that people speak, they shall give an accounting for it in the day of judgment.” (Matthew 12:36)

Be honest with yourself: when you face God on Judgment Day—keeping in mind that He’s seen your every wicked thought and action—will He find you innocent or guilty? If God gives you what you deserve, should He send you to heaven or hell? God has written His moral law on your heart so you are “without excuse” (Romans 1:18-32); you know it is wrong to lie, to steal, to lust, and to curse because God gave you a conscience to know right from wrong. Your own conscience demands justice.

Imagine a courtroom scene where a child rapist is coming before the judge for sentencing. But instead of giving him what justice demands, the judge lets him go free because the rapist is a “nice guy” who has given to charity and goes to church every Sunday. You would be outraged, and you should be! Yet most people think the High and Holy God is just like this corrupt judge, and that they can bribe Him with their “good deeds” so that He’ll overlook their sin.

Again, what would you think if the judge said to the rapist, “I’m a very loving judge, so I’ll just let you go free”? You would not think that the judge was loving at all, but that he was corrupt and not worthy to be a judge! Yet most people expect the Holy God who is “the judge of all the earth” (Genesis 18:25) to be just that corrupt with them, and overlook their sin.

Infinite Love and Goodness demand Infinite Justice. Because God’s love and justice are infinite He won’t punish only murderers and rapists, but He’ll punish ALL sin wherever it’s found. That’s why “the unrighteous will not inherit the kingdom of God.” (1 Corinthians 6:9) “No thief, no sexually immoral person, no idolater will enter heaven” (1 Corinthians 6:10), and “all liars shall have their part in the lake which burns with fire and brimstone.” (Revelation 21:8)

The Gospel (“good news”) is this: Imagine you are in a human courtroom and the judge finds you guilty, and because he’s just, gives you the maximum fine of ten million dollars. But there is no way you can pay the fine, so you’re about to spend the rest of your life in jail. Then someone you’ve never met before steps into the courtroom and says, “I’ve sold all my worldly goods to pay your fine.” Your fine has been paid, so justice has been served and you’re free to go! Well, two thousand years ago God became flesh in the man, Jesus Christ, who was born of a virgin, led a sinless life and then suffered and died under the wrath of God on the cross to pay in full the penalty for all your sins. Then He rose again in triumph over all the powers of death and darkness, so that in Him we can have eternal life. “For God so loved the world, that He gave His only begotten Son, that whoever believes in Him shall not perish, but have eternal life.” (John 3:16)

But it’s not enough to merely believe “intellectually” in order to be forgiven by God. The Bible says that even the demons believe intellectually! (James 2:19) In order to have real forgiveness, you must repent, as Jesus Himself said: “unless you repent you will also perish.” (Luke 13:3) And repentance means turning fully away from your life of sin and turning fully to God, trusting in Jesus Christ ALONE to save you and not your own deeds; trusting in Him as the One who willingly stood in your place on the cross, taking God’s wrath for you; the wrath YOU deserve.

What are you waiting for; don’t gamble with your eternal salvation! “Your life is a vapor” (James 4:14), and you have no way of knowing which second will be your last. “Seek the Lord while He may be found; call upon Him while He is near. Let the wicked forsake his way and the unrighteous man his thoughts; and let him return to the Lord, and He will have compassion on him, and to our God, for He will abundantly pardon.” (Isaiah 55:6-7) God takes no pleasure in the death of the wicked, but desires for you to turn from your sins and live! (Ezekiel 18:23) You have a personal invitation from the Lord Jesus Christ Himself: “Come to Me, all who are weary and heavy-laden, and I will give you rest. Take My yoke upon you and learn from Me, for I am gentle and humble in heart, and you will find rest for your souls.” (Matthew 11:28-29)

by Kevin Williams and Garrett Holthaus 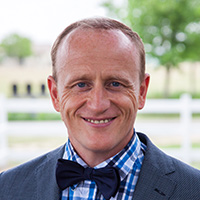 Kevin was a pastor in Manchester, England.