Cessation vs. Continuance – The Error of Extremes

Throughout the long history of the Christian church one of Satan’s most successful tactics has been the use of extremes. This is especially true regarding the work of the Holy Spirit. No sooner has one branch of professing Christendom been led into an extreme, unbiblical, or even fanatical position regarding the work of the Holy Spirit, than another branch reacts with an equally extreme and unbiblical opposing position. Needless to say, on both sides the Bible is subjected to the most unnatural and contorted interpretations in order to “prove” these positions, since they have arisen not out of unbiased study of the Scriptures, but in the heat of reaction to the abuses of the opposite extreme.

Illustrations abound, both in church history and in our own day. For every charismatic who teaches that tongues are “the one true evidence of the baptism in the Holy Spirit,” there is someone from an opposing camp who adamantly maintains that baptism in the Holy Spirit is “always nonexperiential.” On the one side are those who gullibly accept every wild claim to the miraculous as a “great work of God,” on the other are those who deny present-day miracles entirely. Some see demons in everything; others see them nowhere. Some say that all the supernatural gifts of the Holy Spirit were intended to be operative in every local church at every period of time since the apostles; others contend that no supernatural gift of the Holy Spirit was intended to be operative in any local church at any period of time since the apostles.

With regard to the issue of the continuance or cessation of miracles, miraculous gifts of the Holy Spirit, etc., the Scriptures themselves lead us to neither of the extreme positions set forth above.

Two general guidelines give the basic framework for a biblical understanding of this issue:

I. A general outpouring, fullness, and manifestation of the Holy Spirit and His gifts characterizes the whole church age from Pentecost to the Second Coming.

II. Even though the whole church age is characterized by the supernatural gifts of the Spirit, the profusion and distribution of these gifts rests in the hands of the sovereign Spirit. 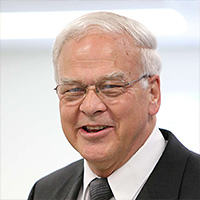